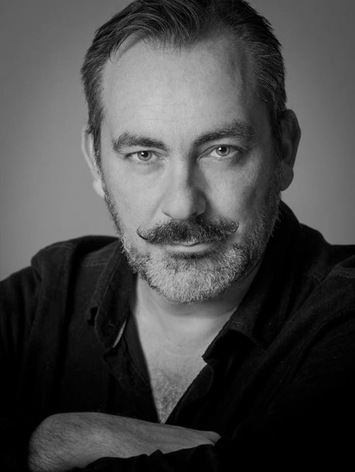 Fraser Grant
Fraser Grant studied French at Edinburgh University and trained as a director at Drama Studio London. After five years as artistic director of the Drayton Court Theatre Company, he went on to become head of Music Theatre at The London College of Music and Media as well as Head of Drama at the Junior College. He is now Head of Drama at Harvington Prep School in Ealing coupling this with a continuing career in professional Opera and Music Theatre directing.

As a Theatre Director he has directed many productions including A Midsummer Night’s Dream, The Tempest, Abigail’s Party, The Wanderer, Broken Glass, The Importance of Being Earnest and The Threepenny Opera. He directed the Scottish premiere of Sondheim's Into The Woods and has won several awards for Best Production on the Edinburgh Fringe. His collaboration with playwright Lynne Harvey includes world premieres of The Jingo Drill, C, Laugh Out Loud and Something For The Grown Ups. He also works in Italy where he has directed touring productions of A Midsummer Night's Dream, The Tempest, Twist and Shout - The Beatles' Story, Jekyll and Hyde, Romeo and Juliet, The Blues Brothers, Hamlet, The Comedy of Errors and A Christmas Carol.
​
He also works as a lyricist and translator, frequently collaborating with the cabaret duo Opera Tottie, performing all over the world and most recently at The Crazy Coqs cabaret in the West End. He has translated many opera libretti including The Magic Flute, La Boheme, La Cenerentola, Orpheus in the Underworld and Die Fledermaus. He has recently completed a new translation of Offenbach’s la belle Helene. Recent projects include: The film “Strangers in the Night” for Strangerfilms Ltd, An updated version of Cosi Fan Tutte for Jackson’s Lane Theatre and innovative productions of The Pirates of Penzance,The Mikado, Ruddigore, The Gondoliers, Princess Ida, Partience and La Belle Helene in Questor’s Theatre, Ealing.
Recent work includes A Masked Ball for Windsor and Eton Opera; future projects include productions of Die Fledermaus and The Marriage of Figaro.