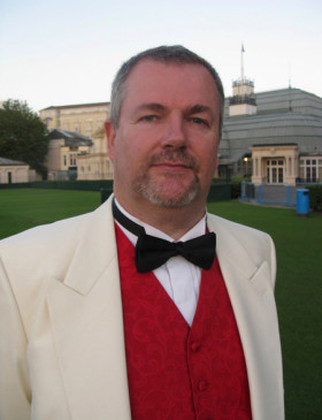 Banquo (General in King Duncan's army) and A Physician

Richard was born in Solihull and studied Performance Arts at Middlesex University and singing at the Guildhall School of Music.

He was a founder member of the reformed D’Oyly Carte Opera Company, for whom he has sung in many productions, recordings, and toured to California.

Richard has sung in many productions with English National Opera and Opera North.

Other companies include Carl Rosa Opera, Crystal Clear Opera, London Opera Players, Heritage Opera, Opera della Luna, and Pavilion Opera, where his roles have included Leporello in ‘Don Giovanni’, Figaro and Dr Bartolo in ‘The Marriage of Figaro’, Dulcamara in ‘L’Elisir d’Amore’, King Philip in ‘Don Carlos’, and most of the bass-baritone roles in the Gilbert and Sullivan Savoy Operas.

Richard’s recent roles include Reb Mordcha in ‘Fiddler on the Roof’ for Grange Park Opera and the BBC Proms, Pooh-Bah in ‘The Mikado’ for St Albans Chamber Opera, Dr Bartolo in ‘The Barber of Seville’ for Heritage Opera, and Amonasro in ‘Aida’ for South Downs Opera.

He has just finished singing the role of Scarpia in ‘Tosca’ for St Albans Chamber Opera, and will be repeating the role of Banquo in ‘Macbeth’ for Pavilion Opera this summer.

Richard has a busy concert schedule, including recitals, oratorios, and cabarets.